skip to main | skip to sidebar

I took Jo for a motorcycle ride before I ever knew she would become my wife. We arraigned to meet with Ben at an old hydroelectric plan on the Pea River near Elba Alabama. Ben would bring Sadie, my super special border collie, with him.

Jo and I arrived at the hydroelectric plant first before Ben and Sadie made it there. I led the way as we explored the trails and structures while we waited for Ben and Sadie to arrive. After awhile I got tired of leading the way and told Jo it was her turn. She was a little reluctant, but I convinced her I wouldn't take no for an answer so off she went while I followed.

Eventually Ben and Sadie Dog arrived. I told Jo that we would now make Ben lead the way. We both stood firm and wouldn't take no for an answer, so off Ben went on his journey. He went down by the water and followed a trail that led to a cliff. Ben then climbed the cliff, and Jo and I followed him. When we made it to the top we all looked at Sadie Dog still down by the water left behind.

Ben who had led the way said, "What are we going to do about Sadie?"

She was my dog, so I replied, "She's got a brain. She can figure it out on her own and head back the way we came or something."

With that we all turned to continue on our way. It short order we were all three quite surprised. Sadie had somehow cleared the cliff. She knew Ben had led the way, so she went directly to him and squared off barking at him as if telling him off for trying to get over on her with the cliff climb.

We all were amazed and laughed. Sadie was quite the dog and the inspiration behind my SurvivalDogs blog which I've wound down until I get a new puppy and a video camera to document my training methods.

I miss you Sadie! Fortunately I still have Ben and Jo to enjoy... 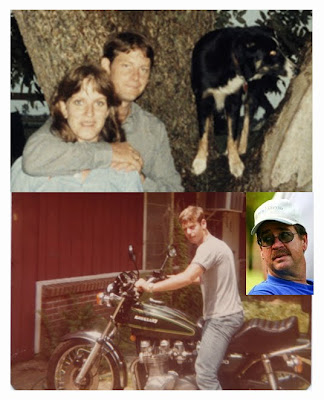 David
Grew up in South Louisiana.